Partnerscapes convened the 2021 annual meeting virtually on January 27 and 28. As a part of the meeting two new directors were seated on the board: Salem Saloom of Alabama and John Schmidt of West Virginia. 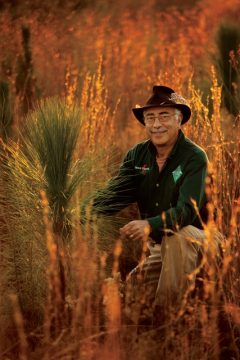 Dr. Salem Saloom (pictured above) lives with his wife Dianne near Evergreen, Alabama where they own and manage a forest that they are restoring to longleaf pine. Salem has earned a number of honors including being named as the National Outstanding Tree Farmer of the Year in 2010, earning the 2010 Alabama Governor’s Award as Forest Conservationist of the year and the 2011 National Wild Turkey Federation’s National Woodlands Conservation Award. Salem holds or has held board positions with the Forever Wild Board for the State of Alabama, Alabama Forestry Commission, American Forest Foundation and Longleaf Alliance among others. Salem is passionate about conservation partnerships, private forestry, landowners’ responsibilities and rights, forest and wildlife management and particularly longleaf restoration.

John Schmidt (pictured at top) is a working forest landowner in Randolph County, West Virginia and lives with his wife Jean in Elkins. He manages his forest for lumber and wildlife, and he recently entered into an agreement with the Natural Resources Conservation Service and the U.S. Fish and Wildlife Service’s Partners for Fish and Wildlife program to control woody and herbaceous non-native invasive species and promote pollinator habitat. John has a background in Forestry and Wildlife Sciences and served as the U.S. Fish and Wildlife Service’s lead in West Virginia for the Partners for Fish and Wildlife Program for over 20 years. He serves on several state and local boards including: West Virginia Land Trust, Virginia Tech Monogram Club, Tygart Valley Lions Club, Mountaineer Chapter of Trout Unlimited, Elkins Chapter of Ducks Unlimited. He has coached for over 40 years and continues to coach the Randolph Area YMCA Swim team (RAYS). He has been a member of the Canaan Valley Resort’s Courtesy Patrol for more than 20 years. John and Jean have been married since July 1981, with two adult children and two grandchildren.

Welcome Salem and John, and thank you for your commitment to Partnerscapes and our mission of bringing people together in pursuit of sustainable working landscapes!